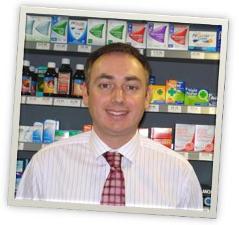 Wemyss was Head of Group Cellular buying at Carphone Warehouse and previously Trading Director of Superdrug. He has also worked at Boots and Safeway. He joins Lloyds Pharmacy, which appointed former Woolworths director Tony Page, as Managing Director at the start of the year.

At Lloyds Pharmacy, Wemyss will lead a team of 26 people, and is tasked with developing and enhancing the proposition delivered to customers in the chain's network of 1,600-plus UK stores.
Commenting on his new position, Wemyss said:

"There is an enormous amount of potential for the Lloyds Pharmacy brand. Although it is a healthcare company, there is a lot of scope to build on developing the OTC health and beauty product ranges. With so much change afoot in the pharmacy sector, this is fuelling rapid and exciting innovation. Lloyds Pharmacy is rightly famous for its expert healthcare advice, and this strong relationship with our customers is the key to our future."