ASDA Wal-Mart names Simon King as its new No. 2, following intro from Society 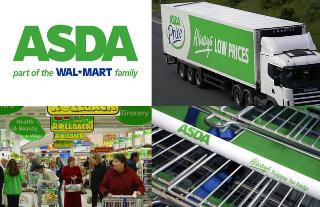 The UK's second largest retailer has named a former Tesco executive, Simon King, as its Chief Operating Officer. Simon King will become ASDA's effective No. 2, replacing Andy Clarke, who was promoted to Chief Executive in May. The appointment was made following an introduction facilitated by Society.

King is currently the Chief Executive of supermarket and hypermarket operator Panda Retail, a subsidiary of the Savola Group, based in Saudi Arabia. Until 2009 he was CEO of Tesco Kipa in Turkey. He had previously run Tesco's international operations in South Korea, the Czech Republic, Slovakia, Poland and Hungary.

In his new role King will hold responsibility for all retail and supply chain operations at ASDA, including distribution, customer service and internal communications.

"I'm thrilled to welcome Simon to ASDA," said Andy Clarke. "In his career, he's demonstrated his talents as both a strategic leader and a day-to-day operator in large complex retail businesses. I know he shares a commitment to people and delivering for customers. I'm looking forward to the contribution I know he'll make here at ASDA."

ASDA is set for a substantial expansion in its stores network over the coming year, following its acquisition of Netto earlier in 2010. King will join the business in January 2011.