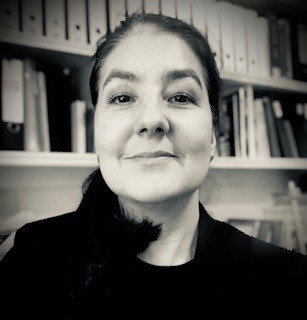 In 2020, Society worked with one of the world’s most prestigious private members’ clubs – The Athenaeum in London – to appoint their new Secretary. The appointed candidate has become the first woman to hold that post in the Club’s nearly two-hundred-year history.

The Athenaeum is a traditional private members' club located at 107 Pall Mall on the corner of Waterloo Place in central London. Founded in 1824, it is an icon amongst the capital’s most prominent institutions. The Club has a distinguished intellectual membership of both women and men who have attained particular distinction in their chosen fields. Its Members are able to enjoy the Club’s high-quality dining, comfortable rooms, and extensive private library, as well as a wide-ranging schedule of talks and events on a wide variety of topics.

Designed by Decimus Burton in the Neoclassical style, entering the building one finds oneself stunned by an interior which lives up to the Grecian exterior, with its statue of Athena by Edward Hodges Baily and its famous frieze, based on the Parthenon in Athens. Offering numerous impressive rooms for enjoying the hospitality or staying overnight, facilities include one of the world’s largest private libraries and outstanding wine cellars.

The Secretary manages the Club under the direction of its Committees, which are drawn from the membership. It is a vital and subtle role, requiring exceptional foresight, judgement, and precision. We knew we required a world-class expert in member-led, luxury hospitality. Society mapped out over one hundred potential candidates from across the globe. We examined profiles from members’ clubs, hotel groups, and the wider hospitality sector. Reaching out to and speaking with dozens of the most promising people led to a shortlist of exceptional candidates for the role.

Catherine Murphy at the Kildare Street and University Club in Ireland emerged as the successful candidate. She possesses extensive fine dining experience and a background in managing substantial operations across Ireland, including in one of Dublin’s most prestigious members’ clubs.

The Athenaeum Club welcomes Catherine to London to lead this iconic institution into the next chapter of its rich history. As the first female Secretary of the Club, Catherine’s placement is already one for the history books.

This is what Catherine had to say about working with Society:

"It had been a pleasure working with James and his team at Society during a most extraordinary year. They offered friendly professional help and guidance throughout the interview process and continued the contact and support following my appointment. I very much look forward to working with Society in the future."