MD's Blog: Seven reasons to be a headhunter 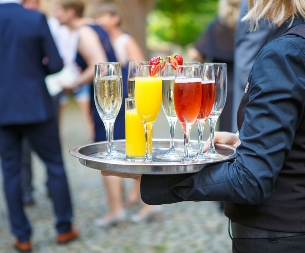 A few years ago I attended a friend's wedding in Greenwich. At the reception, I met a man who worked in the arms industry and for 20 minutes he bent my ear about his job, which involved technology for targeting planes. There wasn't even a hint of inward moral dilemma. He even went out of his way to stress that this technology could be used for intercepting commercial jets, not just fighter aircraft. I nearly choked on a canapé when he said that, but in deference to the occasion I tried not to let my discomfort show. Eventually, the man must've realised he was monologuing at me, so he asked "What do you do?" I replied that I was a headhunter, and he promptly pulled a face of pure disgust. It was at that point that I realised just how bad my industry's reputation had become.

I obviously knew that headhunters weren’t universally loved. Their tendency to treat people as a means to an end rather than an end in themselves (something I have always resisted) means that many people have had negative experiences. The profession also has a reputation for style over substance, and for bluff and bluster; its processes cynically cloaked in mystery. It’s perhaps revealing that the first proper headhunter, a New Yorker called Thorndike Deland, was previously a professional magician.

To this day, I have friends and family members who are quietly baffled by my choice of career, so I thought it might be illuminating to list a few of the reasons why I actually really enjoy what I do.

I’ve never lost sight of how high-stakes senior appointments are to the organisations we’re assisting. People decisions are the most important decisions most organizations make. One or two key individuals can often be the difference between success or failure – between an organization achieving its objectives and fulfilling its purpose, or seeing its dreams dashed and its efforts thwarted. Key people also determine the wellbeing of those around them. They can make others’ life a misery, or inspire their compatriots to flourish and raise their game. And really exceptional people can sometimes do genuinely spectacular and quite unexpected things that touch lives far beyond their expected day-to-day remit. For example, a candidate I helped to place years ago randomly ended up playing a key role in saving Bletchley Park. Now, to be clear, I in no way seek credit for the accomplishments of any candidate I play a role in placing, but I do reserve the right to feel a certain indirect satisfaction at what they go on to achieve. Furthermore I believe that the cumulative effect of lots of exceptional people doing good things in meaningful roles can be quite profound and far-reaching.

Various reports have estimated that the average worker nowadays will spend 90,000 hours of their life working. It therefore stands to reason that finding yourself in a more meaningful and fulfilling job will have a positive impact on not just your life, but on the lives of all those around you. “You’ve changed my life” is a piece of feedback we hear with surprising regularity, particularly when we’ve helped to catapult someone into a job they initially considered out of their reach, or unavailable to someone of their background. But, whilst it’s great to see people prosper in that quite immediate way, I’m even more satisfied by the lives we impact over the long-term through helping people to think deeply about their career options and embark on a journey that may have many twists and turns along the way. Part of the terrible reputation headhunters labour under is due to the way they often lose interest in candidates the moment the client has decided not to take them forward – failing to give people feedback or even to tell them where they stand. Such behaviour has always appalled me. I want to ensure everyone we interact with is well cared for. With that in mind, we seek to invest in relationships with people regardless of their immediate utility, and the eventual fruits of those relationships are often the most rewarding of all.

To me, there's deep pleasure in chancing upon someone who's simply brilliant at what they do. In 2013, I met an elderly chai seller in Kerala called Sebastian Arakkal. He had a way of aerating the chai by pouring it between two tumblers held a yard apart, miraculously managing to do so without spilling a single drop. If I’d attempted that feat, I’d have ended up with burns all over my hands and very wet feet. But Sebastian made it look effortless. He had developed complete mastery, and I simply love being around people like that. Being a headhunter provides lots of opportunities to interact with people who are at the top of their game (albeit rarely in the tea making profession), and I continue to find it intensely satisfying and relaxing to listen to someone who is an absolute expert talk about what they do best.

4. Licence to be nosy

When asked what makes a good headhunter, I always include ‘intellectual curiosity’ amongst the top characteristics. But that’s essentially just a nice way of saying ‘nosiness’. Good headhunters thrive on seeking out the scoop, the skinny, and the inside story. Thankfully, our jobs provide plenty of opportunity for that. Clients will often tell us about developments that aren’t known to their senior team yet – news that could cause serious ructions if it reached the outside world in an unfiltered form. Similarly, candidates will sit down with us and, in the space of a 90-minute interview, share things about their life and their ambitions that they’ve never discussed with even their closest friends. Such conversations can often be surprisingly intimate.

So many jobs these days, particularly jobs in the professional services sector, are quite ‘bitty’. The world has grown so big and complex that even our smartest brains often find themselves actioning or advising on only an element of a process, and then relinquishing other parts of the chain to the control of others. Perceived through that lens, what we do as headhunters is appealingly discrete and self-contained. Appointment processes have a clear beginning, a clear end, and a clear definition of success. If we do our job well then it’s possible to tie everything up for the client in a metaphorical ‘neat little bow’. That appeals to the more fastidious and controlling elements of my personality.

The ‘barriers to entry’ for the executive search sector are incredibly low. All you really need in order to call yourself a headhunter is a phone, a computer and some time on your hands. This means that there are always new entrants seeking to disrupt things. And, since our work is largely predicated on 1:1 relationships, the advantages of scale are also held firmly in check. It’s possible for a tiny boutique firm to take on one of the behemoths and actually win. I think there’s a certain inbuilt fairness and romance to all that. Plus the vulnerability engendered by all of this competition helps to keep standards up, or at least ensures that any total cowboys aren’t allowed to prosper over the long-term.

Finally, context matters. Could I truly love what I do if I was working in any old firm? I’m quite certain I couldn’t. I’m fiercely proud of this business. We hire driven, intelligent, interesting people. We only work with clients we feel ethically comfortable about. And we give a big chunk of our profits to charity. We're not perfect, by any stretch, but I’m under no illusion that the standards of quality and integrity we take for granted are uniformly adhered to across our sector.

Hopefully those seven reasons go some way towards explaining why anyone might choose to be a headhunter. It’s not a faultless profession – indeed, to the best of my knowledge, there’s no such thing – but it has so many interesting and enjoyable dimensions to it, that it manages to stay rewarding and engaging year after year.

And it definitely beats shooting planes out of the sky!