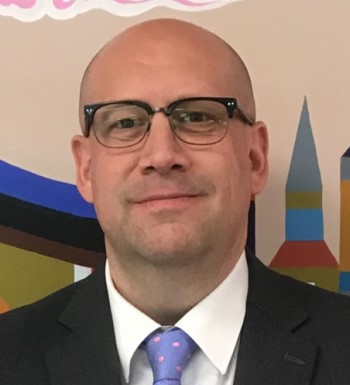 Patrick Hurworth has been appointed as the next Head of Dover Campus at UWC South East Asia (UWCSEA).

UWCSEA is one of the most highly regarded international schools in the world. A member of the United World Colleges (UWC) movement, the College is known for its holistic, mission-driven and values-based education programme. Across two campuses in Singapore - Dover and East – the College educates more than 5,600 students, making it one of the largest international schools globally. Both campuses are overseen by the College President under a single Board of Governors.

This is a significant and highly visible role. The Dover Campus has 3,020 students from 83 countries who speak 67 different languages. This includes 160 boarders and 54 student scholars. Elizabeth Bray has provided outstanding leadership to the Campus over the past four years, and she steps down this summer after 26 years in total at UWCSEA.

Society partnered with the College leadership to run a thorough, open and inclusive appointment process. We searched globally for proven leaders of large, successful international schools who could evince an affinity with the mission and values of the UWC movement. Following a rigorous process which engaged a broad cross-section of the UWCSEA community, Patrick Hurworth emerged as the strongest candidate.

On joining UWCSEA, Patrick commented: “The world has watched UWCSEA deliver a high-quality, mission driven international education for 50 years.  Serving this iconic school, leading the oldest of its campuses as it looks to the next 50 years is the most wonderful opportunity. The mission of the College is moving and inspirational, and the whole community seems to embrace the challenge of living the mission every day. I sense that now more than ever, the mission is compelling and vital to the students, parents, teachers, staff, and to our world. I am honoured to be asked to be a part of such a committed, caring learning community.”

On working with Society, he added: “The process was one of the most rigorous I have experienced. I was impressed, throughout, with Conor's communication, keeping me informed and in touch along the way. All the Society staff showed an interest in me as a candidate, and clearly knew UWCSEA well, and were well versed with the challenges and opportunities of the role. When the interviews began, I felt as well prepared as I might have been. Despite the demands of the process, I felt about as comfortable as possible, and I attribute that to the professionalism of the team at Society.”

We wish Patrick and his wife, Karen, all the very best as they prepare for the big move to Singapore over the summer.