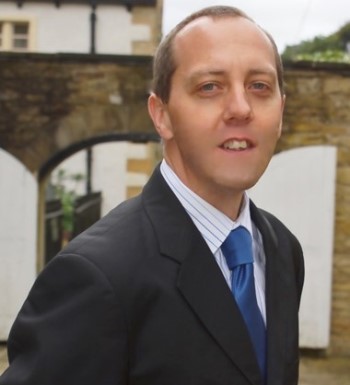 Garry Russell, currently whole-school Vice Principal at the British School of Guangzhou, will take up the mantle at Dulwich College Shanghai Pudong (DCSPD) from the summer of 2022.

Located in the leafy, vibrant Jinqiao area of East Shanghai, DCSPD is an international school serving around 1,700 students aged 2 to 18. Considered one of the premier schools in the city, DCSPD is known for its holistic programme which balances academic rigour with a core focus on wellbeing and pastoral care. DCSPD students ‘Graduate Worldwise’ with the skills and experience to make a positive difference in the world.

DCSPD was the very first school in the Dulwich College International family (now known as Education in Motion) to open back in 2003. With the current Head of College, Caroline Taylor, moving into a new role within the Group next summer, Society was engaged to handle the search for her successor. Our Schools Practice, led by Conor Wilson and Shenique Safo, conducted a global search for school leaders who possessed the experience and vision required to elevate this already outstanding school.

Garry hails from the UK and has spent close to twenty years working for successful international schools in Bahrain, Dubai, Thailand and China. For the past nine years he has worked for Nord Anglia, most recently at the British School of Guangzhou.

On his appointment, Garry commented: “I am thrilled to be joining the Dulwich community and honoured to have been appointed as the next Head of College. The reputation of DCSPD is outstanding and I am very much looking forward to being part of such a welcoming school. The experience of working with Society was positive at every stage of the process. From first contact to formal announcement, they kept me fully informed and were incredibly supportive, being available for phone calls and online conversations as times that were convenient to me. Quick to respond to any questions, I never felt alone in the process.”

Garry will be moving to Shanghai with his wife, Helen, who will also be working at DCSPD, and their son. We wish them every success in this new chapter!