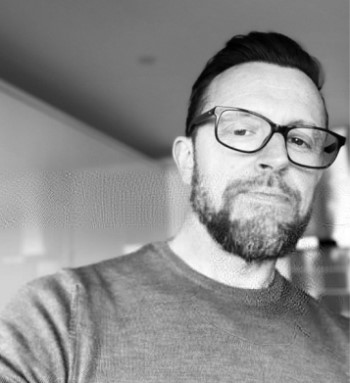 Craig Hanlon-Smith has been confirmed as the permanent Centre Principal for Morley College’s North Kensington Centre.

Established in 1889, and with its roots stretching back some years before that, Morley College London is one of the country's oldest and largest specialist providers of adult education. Whether studying for personal development and wellbeing, to gain essential skills (ESOL, English, Maths, IT), to access higher education, or for career development or change, the continued vision at Morley is for its students' ambitions to be inspired and achieved through learning. In February 2020, Morley merged with Kensington and Chelsea College (KCC), and now serves over 10,000 students from across London and beyond over three campus centres: North Kensington, Chelsea, and Waterloo.

Craig Hanlon-Smith is a familiar face at the North Kensington Centre, having provided interim leadership to the site since before the merger with Kensington and Chelsea College. Craig started life as a professional actor working in theatre, TV, film and radio, and he continues to write, produce and perform his own work. Alongside this he has built a highly successful career as a leader within London’s further education sector. After ten successful years in various leadership positions at City of Westminster College, Craig undertook a range of consulting and interim leadership assignments across the education and arts sectors.

We are excited to see the impact Craig will have as Centre Principal and we wish him every success in the role!