United World Schools hires Dhivya O’Connor as its next CEO 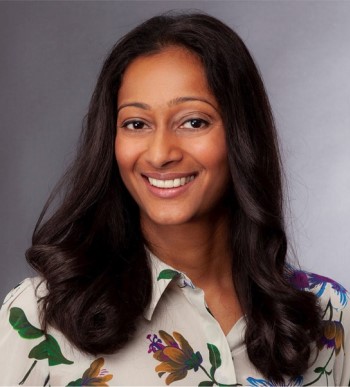 UWS is a fast-growing NGO dedicated to transforming lives via primary education for the world’s poor and marginalised children. By building and operating schools in some of the world’s most remote regions, UWS teaches the unreached and empowers local communities. Since 2008, UWS has built over 250 schools, trained over 1,000 teachers, and educated more than 44,000 children in Cambodia, Myanmar and Nepal. Its work has received prestigious awards from organizations such as UNESCO and WISE (World Innovation Summit for Education).

With ambitions to significantly scale UWS in the years ahead, the Board sought a dynamic leader with a track record in delivering successful growth for organizations. Our search spanned the commercial, non-profit and international development sectors, and we were particularly interested in individuals with experience in low- middle-income settings and the ability to faithfully and persuasively represent UWS to its vast range of stakeholders.

Dhivya started her career in the commercial world with organizations such as Octopus Travel, which experienced significant early-stage growth. However, it was a sabbatical teaching in rural Cambodia just after the financial crash which prompted a change of course for Dhivya, and on her return she transitioned into the non-profit sector as a fundraiser. After seven successful years at The PTI (formerly The Prince's Teaching Institute) in which she developed a highly successful fundraising function, Dhivya moved to Children with Cancer UK where she was quickly promoted to CEO. Whilst on maternity leave after the birth of her second child, Dhivya started The Charity CEO Podcast, which has become a highly-regarded vehicle for connecting with and sharing the stories of CEOs from across the charity sector. The third season of the podcast is due to launch in mid-September. Since May this year, Dhivya has been the Interim CEO at the Chartered Institute of Fundraising, an organization which supports and represents the fundraising profession nationally.

On working with Society, Dhivya commented: “As a candidate in a job search, it can sometimes feel like recruiters are intent on trying to push square pegs into round holes. From day one, my interaction with Society was completely different. In my experience, Society is one of the few search agencies that took the time to get to know me, my unique strengths and capabilities, and my career aspirations. Their insight and detailed feedback at each stage of the recruitment process enabled me to best position myself for a successful appointment. Always personable and friendly, they made me feel that they genuinely cared."