Global Schools Forum hires eight new Trustees to its Board 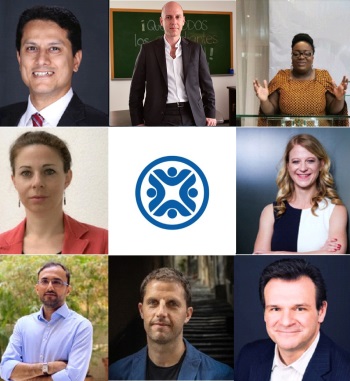 In the four years since its inception in 2017, Global Schools Forum (GSF) has become the go-to organisation on non-state education. It is the only international membership organization that supports the non-state education sector. It offers its members opportunities to collaborate and share knowledge; protects the policy, funding, and operational space for non-state actors in education; and generates high-quality data and evidence for the sector as a global public good. Today there are 60 GSF members which collectively run or support 18,000 schools, providing education to over 2.5 million children across 46 countries in Sub Saharan Africa, South and East Asia and South America.

Over the coming years, GSF intends to expand its work into policy and research spaces, while continuing to provide a high value offer to its members through knowledge sharing and professional development. Later this year, it will become fully independent of Ark, the education charity which has incubated it thus far, and as part of that transition it is expanding its Board of Trustees.

Society was retained towards the beginning of the year to support the appointment process. The Board sought several Trustees from within the GSF membership, who could represent this key stakeholder group while bringing deep understanding of priorities and challenges on the ground, as well as several independent experts. It was hoped that these independent experts could bring knowledge of the global policy landscape, expertise in education research and insight into how to grow the GSF network.

We are delighted to share that the following eight Trustees have now been confirmed to join the Board later this year:

Michael Clark, Interim Chair of the Board of Trustees, commented: “I’m delighted that we’ve been able to assemble such a brilliant group to help lead GSF through the next stage of its journey. Our new board members each bring huge amounts of experience and insight from transforming education systems across the globe. We’re all really looking forward to working with them.

I’m really pleased we’ve been able to recruit such a global board – including members based in Africa, Asia and South America. That global outlook – and diversity of perspectives – will be crucial as we step up our work to support the non-state education sector to tackle the world’s learning crisis.”