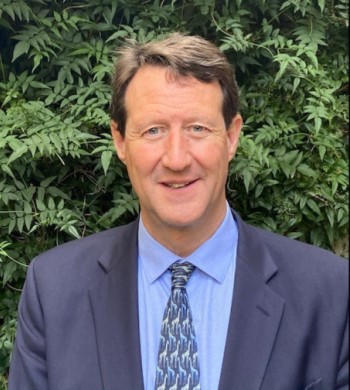 The Aga Khan Development Network (AKDN) has appointed Julian Drinkall to lead its work in the pre-tertiary education space globally.

In his new role, Julian will establish Aga Khan Schools, bringing together two agencies in the Development Network: Aga Khan Education Services and Aga Khan Academies. This new entity will form a single global education network operating over 200 schools across 15 countries in East Africa, South and Central Asia, and the Middle East. The organization will have close to 100,000 students, with a wider reach of 2 million young people through its extensive education programmes with national and local governments and international educators.

Society undertook a broad search across the global education sector for proven leaders of transformational change with experience working across AKDN’s key geographies. We paid specific attention to individuals who could evince a deep passion for, and understanding of, pre-tertiary education, and a fundamental empathy for the mission, vision and values of AKDN.

Julian completed his MA in Politics, Philosophy and Economics at Oxford University, and subsequently his MBA and MPA at Harvard University. His career spans three decades and has included three Chief Executive roles. His most recent position was as the CEO of Academies Enterprise Trust (AET), one of England’s most diverse, national and inclusive multi-academy trusts. AET serves circa 32,000 students via its 58 primary, secondary and special provision schools. During his four years at AET, Julian oversaw a radical transformation of the organization, delivering year-on-year improvements academically, reversing multi-million-pound deficits, and overhauling governance to ensure arrangements are not just fit for purpose, but best in class.

During the COVID-19 pandemic AET played a leading national role in a number of areas, including through the provision of free school meals for vulnerable students, placing a heavy emphasis on the mental health and wellbeing of students, staff, parents, carers and communities, and committing over £2m in 14,500 devices so that every child from a disadvantaged background had a laptop and Wi-Fi access.

On his appointment, Julian commented: “His Highness the Aga Khan talks about education being a ‘high responsibility’, and that to do it well, we must look beyond the world which is passing from sight and turn our eyes to the uncharted world of the future. Throughout my life, my passion has been human development, both social and economic, and so this philosophy and approach resonates with me hugely.”