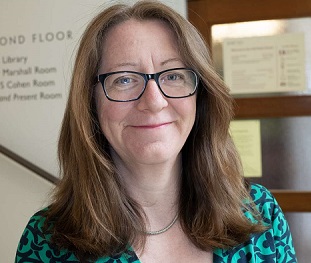 Annette Bullen has been appointed as Senior Development Manager and Head of the Institute of Historical Research’s Centenary Campaign at the University of London.

One of the nine member institutions of the University of London’s School of Advanced Study, the Institute of Historical Research is the preeminent place for historical research in the UK. It is an exciting time for them, with their centenary approaching in 2021 and the appointment of Jo Fox as the new Director, as they look to reinvent themselves and establish their place in the 21st century. Sitting between the University’s development office and the IHR, this unique role will have a dual remit and the overarching goal of leading the centenary campaign.

Society conducted a nation-wide search across the higher education, not-for-profit and arts and heritage organisations, with a focus on historical organisations, societies and education institutions. We were particularly keen on candidates with considerable campaign experience.

Annette Bullen was previously Major Giving Manager at the Royal Society. Prior to that she worked at a number of higher education institutions and charities in London, including the Royal Historical Society. She is a University of London alum, having studied History at Queen Mary and Birkbeck.