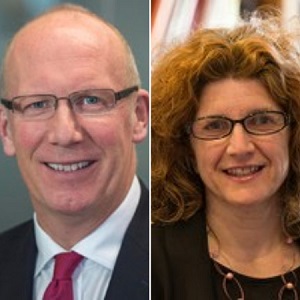 The Quality Assurance Agency for Higher Education delivers advice on applications from providers for degree awarding powers through the Advisory Committee for Degree Awarding Powers. It is the independent body entrusted with monitoring and advising on standards and quality in UK higher education and in April 2018, QAA became the designated quality body under a new regulatory framework, with responsibility for assessing quality and standards in English higher education. Society worked on the appointment of two Members to the Advisory Committee in 2017, and we are now pleased to have assisted QAA in making two new key appointments to ACDAP who will bring specific insights as both an employer of graduates and through having professional body experience.

Clare took up the role of Chief Executive Officer of CRAC in October 2016.

With over 17 years’ experience as a strategic leader in advocacy, policy and external affairs, Clare is a Chartered Scientist and Chemist with extensive experience in the science community and not-for-profit sector. She is greatly passionate about empowering people to realise their potential and achieve their career and development goals, as well as investing in future generations and those from diverse backgrounds and experiences.

CRAC, the independent organization dedicated to supporting career development and active, career-related learning is a registered UK charity and has been operating since 1964. Key current initiatives for CRAC include leading and managing Vitae, a major international programme dedicated to realising the potential of researchers, supporting those who advise on young people’s career decisions, and providing research and careers innovation to a range of sectors and client groups.

Professor Allison was educated at Northallerton Grammar School, before studying Geography at Hull University, gaining a B.A. in 1982. He was awarded a Ph.D. in Geography from King’s College, University of London in 1986.

He has contributed to a number of organizations including the Natural Environment Research Council, Higher Education Funding Council for England and the Department for Business Innovation and Skills. He also sits on the Board of Midlands Innovation, a partnership between the Universities of Aston, Birmingham, Cranfield, Keele, Leicester, Loughborough, Nottingham and Warwick. He has been a Fellow of the Royal Geographical Society since 1990, serving on many committees and being elected Honorary Secretary from 1997 to 2000. He has also been Chair of the British Society for Geomorphology.

Both Clare and Robert bring with them a wealth of experience and sector insight into these roles and we wish them every success in positively affecting Higher Education in the UK.