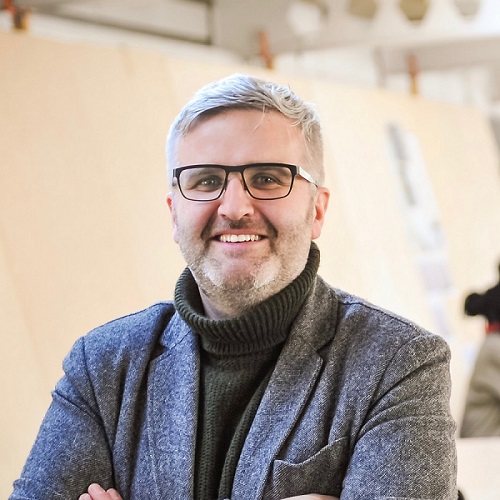 University of the Arts London is made up of six constituent colleges, Central Saint Martins being one of these. Working with the Deputy Vice-Chancellor (Academic) and the college executive team, Allan will lead on the development and delivery of UAL and college academic strategy. Working with their two Deans of Academic Programmes, he will also provide strategic coordination of the development and deployment of resources to ensure a culture of continuous improvement of academic provision and the student experience.

Society conducted an international search for this position, identifying key individuals across Australia, New Zealand, Europe, Asia and America alongside looking within the United Kingdom.

Allan was previously the Associate Dean for Academic Development and Enhancement at Central Saint Martins. He has had a distinguished academic and professional career. He practiced in the fields of architecture and design in Glasgow, and curated exhibitions including the Scottish contribution to the Venice Architecture Biennale in 2004. He was a founding member and director of Glasgow Letters on Architecture and Space (GLAS), a design co-operative based in the city, committed to promoting access to design and challenging forms of social and spatial segregation and exclusion. In Glasgow he also worked for NORD, an award winning multi-disciplinary design office which received international acclaim as one of the leading practices of its generation.

He then moved to be Head of the Canterbury School of Architecture at the University for the Creative Arts, where as well as providing academic leadership for architecture he led on a number of cross-university initiatives, including projects on inclusivity, placement learning and assessment feedback. He joined Central Saint Martins in 2017 as Associate Dean.

‘The team at Society were terrific throughout the recruitment process for this role. Responsive, informed and very professional - they helped to make the journey straightforward and stress free’.