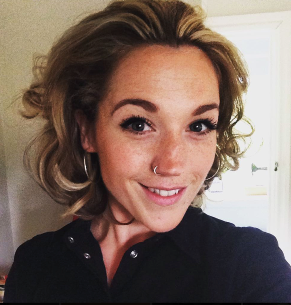 Eleanor Scouller has been hired as a Supporter Experience Associate for charity: water.

charity: water is a fantastic, tech-forward charity committed to bringing clean and safe drinking water to people in developing countries. charity: water tracks the impact of all money raised and reports back to its supporters on the projects it funds. Private donors cover its operating costs so 100% of other donations fund water projects.

Since 2006, charity: water has built a global community of over one million supporters around the world, many of who call the UK their home. To provide a better experience to UK supporters, it officially registered as a UK charity in 2016.

The Supporter Experience Associate is a front-facing role that will collaborate closely with charity: water’s UK supporters and volunteers.

Eleanor joins from her role as Development Executive at Francis Holland Schools Trusts. She has a background in freelance film production and project management.

Eleanor said: "I am delighted to have secured the role working for charity: water. The charity’s modern approach to fundraising and clear brand identity makes it really stand apart, that along with their rewarding fundraising model made them a clear first choice. I cannot wait to help make charity: water's work known to the UK and further afield. Working with Society was great; Tanya was on hand to help with any queries and assisted me through the process."