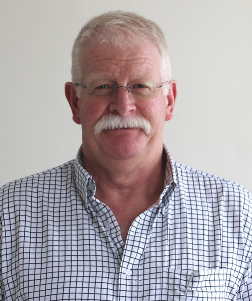 Established in 1988, AKS,D is today considered one of the top English medium schools in Bangladesh. It is a coeducational day school serving 1,200 students from Pre-K through to Grade 12. The School offers the IB PYP in the early years, a bespoke curriculum in the middle years, and IGCSEs and A Levels in the senior school.

This is a critical time for the School as it looks to build on its strengths in Maths and Science by repositioning as a specialist STEM school. It is also in the process of introducing the IB Diploma Programme to run alongside A Levels in the senior school. Craig’s previous experience as a Principal in Australia and later in Bangladesh will be crucial in realising this.

The School is part of Aga Khan Education Services (AKES), one of the largest private educational networks in the developing world. Together the group runs over 200 schools and educates around 65,000 students. AKES originated in the endeavours of the current Aga Khan’s grandfather and predecessor, Sir Sultan Mahomed Shah Aga Khan. These included community-based literacy classes taught in remote rural settings in South East Asia. The first schools to be set up in the Aga Khan’s name were established as early as 1905, and were strikingly progressive for their time and place, with an emphasis on making schooling available to both girls and boys, and stressing the importance of early childhood education.

Society conducted a global search for sitting principals of international schools with experience of living and working in South Asia. We were particularly interested in candidates with a breadth of knowledge across different curricula, specifically the IB and Cambridge programmes.

Craig comes to AKS,D having spent the past seven years with the International School of Dhaka, first as Head of Primary and then as CEO. He is originally from Beeac near Melbourne and has held various headships in and around the state of Victoria.

“I am very excited about working with the Aga Khan School Dhaka community. This IB World school has an exciting future ahead as planning for a new campus and specialization as a STEM school is well under way.

I would like to extend my sincere appreciation to the Society team for their encouragement and support during my recruitment. At all times I felt that I was a valued candidate and that they had my best interests at heart.”