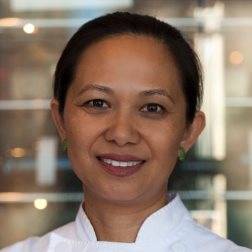 Executive Chef Toni Robertson has joined The Peninsula Chicago from the Mandarin Oriental in Singapore.

Society conducted a truly global search of the luxury culinary market for this role, ensuring that the selection of candidates provided had an extensive international background and flair to their resume.

Chef Toni Robertson, originally from Chicago started her career just down the road at The Ritz Carlton Chicago before moving around the United States having worked at other luxury hotel brands such as Four Seasons and St Regis, before joining Mandarin Oriental in 2004.

As an Executive Chef at Mandarin, Toni moved from San Francisco to their New York property then onto Singapore.

When asked about her experience with Society, Toni said:

“If I have learned one thing in the culinary business over the past 25 years, it is to always expect the unexpected! Here I was in Singapore, having decided to return to the United States after three years, trying to figure out what to do next when I got a call from George Berry at Society. It was the proverbial match made in heaven! In all seriousness, I know a lot of search companies and executives and I was struck by just how professional George and everyone at Society was. The process could not have been smoother for me. I was leaving a company after 13 years, so it was an important decision for me. The information they sent me was detailed, they had answers for every question I asked, they knew the client and company intimately and it was obvious they were truly concerned with getting the right person for the job. I couldn’t be happier having put my future in their hands.”