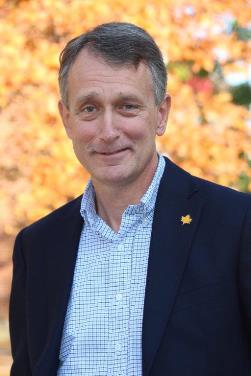 Society handled the appointment of Rob Donelson as Executive Director of Development and Alumni Relations at University College Cork.

Ranked in the world’s top 2% of universities, UCC became Ireland’s first Five Star University in 2011 and has been named Ireland’s Sunday Times University of the Year and the World’s First Green University Campus.

It is an exciting time for UCC’s development office, with new president Patrick O’Shea eager to unlock the full extent of UCC’s potential in development and fundraising. For this they needed an ambitious, creative and dynamic Executive Director of Development and Alumni Relations.

We conducted a global search, approaching potential candidates not only in the higher education sector, but also in not-for-profit, healthcare and the arts. Our key concern was finding someone with experience in change management and transformation. We were proud to produce a diverse shortlist, with candidates spanning across three continents.

Hailing from Canada, Rob comes from a background of fundraising in both higher education and healthcare. Most recently he served as Vice President of Development and Alumni Relations at Wilfrid Laurier University in Waterloo, Ontario, where his achievements include leading the Building Canada’s Best Business School campaign, which named Laurier’s business school after BlackBerry co-founder Mike Lazaridis, as well as Laurier becoming the first Canadian university to be accredited under Imagine Canada’s Standards Programme.

"I am excited to join the team at University College Cork. I am deeply impressed by the quality of UCC, its faculty, staff, students and alumni, and the breadth and quality of its diverse ‎programs. I see immense potential to engage alumni and friends of UCC to take the university to an even higher level of quality and global profile."