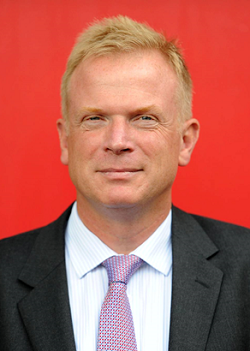 Helen Whelton BDS PhD MDPH DTLHE FFD FFPHM, who will take up her position on 2nd October 2017, has been Dean of the School of Dentistry at the University of Leeds since 2013. She is also a Professor of Dental Public Health and Preventive Dentistry at the University of Leeds and holds Honorary Consultant appointments with the NHS and Public Health England. Professor Whelton was previously a staff member at UCC. She was formerly Vice Head of the College aof Medicine and Health and Dean of the College’s Graduate School, as well as a Professor of Dental Public Health and Director of the Oral Health Services Research Centre, which is a WHO Collaborating Centre.

Chris Williams, BA PhD, who will take up his new role on 1st September 2017, read Modern History at Balliol College, Oxford before studying for his PhD at University College Cardiff. Between 2005 and 2013 he was Professor of Welsh History at Swansea University, and during that time was also Director of the Research Institute for Arts and Humanities and Deputy Head of the College of Arts and Humanities at Swansea. From 2013 he has been Professor of History and Head of the School of History, Archaeology and Religion at Cardiff University. He was a Research Excellence Framework sub-panel member for History in the UK’s REF 2014 exercise, and is a Fellow of the Royal Historical Society and a Fellow of the Learned Society of Wales.