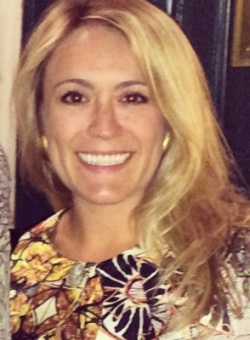 The Peninsula Hotels group has a unique identity among the world’s leading hotels. Created in 1928, and Hong Kong's oldest hotel, the legendary "Grande Dame of the Far East" continues to set hotel standards worldwide, offering a blend of the best Eastern and Western hospitality in an atmosphere of unmatched classical grandeur and timeless elegance.

Society's brief was to conduct a truly global search of the market.  Excitingly we were able to look outside the normal parameters of the five star luxury hotel market and into different luxury sectors, such as retail.

Carrie Feldman joins the hotel from her current role as Senior Director, Digital Strategy and Solutions at Ralph Lauren in New York City. Carrie has been with Ralph Lauren since 2008 when she joined as Manager for Online Wholesale Strategy and Marketing, a position she held for three years before being promoted to Director and then moving into her current role in 2015.

Carrie is in the process of relocating to Hong Kong and we wish her well in her new position.