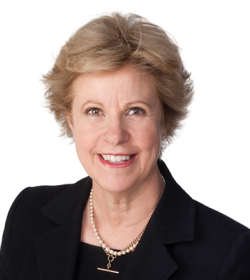 Margery Evans, CEO of the Australian Institute for Teaching & School Leadership (AITSL), has joined Aga Khan Education Services (AKES) as its Director of Academics. In this newly created role, Margery will oversee the operations of AKES’ more than 200 schools.

As an agency of the Aga Khan Development Network (AKDN), AKES is dedicated to achieving long-term improvements in the lives of the world’s poorest people. The group currently operates schools and advanced educational programmes across Sub-Saharan Africa, and Central and South Asia in what constitutes one of the largest private educational networks in the developing world. It provides a diverse mix of quality pre-school, primary, secondary, and higher secondary education services to more than 65,000 students. The Director of Academics will be a key member of the executive team of AKES, and will take a lead on the change process whereby the network will become a truly global, 21st Century school system.

Society conducted a global search for candidates with system-level experience in the world of education. This took us into both the public and private sectors. In the UK, we were interested in people working for large multi-academy trusts, while in the US we looked at people in the charter school movement as well as people working at superintendent level in large school districts. We were also keen to consider candidates working for large private international school groups which, like AKES, have operations in several different countries. Given the variety found within the AKES network of schools, it was crucial that we found candidates who had a practical understanding of a number of different curricula. It was also important that candidates had some experience of schools in different geographic and socio-economic contexts. AKES schools are found in densely populated urban areas as well as remote rural locations, and cater for students from a range of different backgrounds.

During the course of her successful career in education, Margery Evans has been a classroom teacher in rural, urban and disadvantaged settings; a principal of a primary school; a system leader with responsibility for some of Australia’s most remote schools; and the CEO of a national agency tasked with improving teaching and school leadership across Australia. Her most recent role as CEO of AITSL has required Margery to maintain a deep knowledge of contemporary developments in pedagogy, curriculum and school improvement. She has travelled extensively around the world and has been able to draw on examples of best practice from other national education systems to bring systemic improvements to educational provision in Australia. Margery is excited to take up her post as Director of Academics with AKES and bring to bear her wealth of experience for the benefit of children across the developing world.