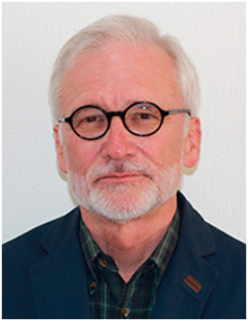 Society are delighted to announce the appointment of Paul Coleman as University Librarian at the University of Central Asia. Prior to joining UCA, Paul served as College Librarian at Hartwick College in Oneonta, New York. He was also Chief Information Officer at the Asian University for Women in Chittagong, Bangladesh and directed the libraries at West Texas A&M University and Adrian College. He is Co-Chair of the International Librarians Orientation Committee at the American Library Association.

Paul’s role will involve leading and managing the full spectrum of library functions across the three campuses in Khorog, Tajikistan; Naryn, Kyrgyz Republic; and Tekeli, Kazakhstan.

The University of Central Asia (UCA) was founded in 2000. Its mission is to promote the social and economic development of Central Asia, particularly its mountain societies, while at the same time helping the different peoples of the region to preserve and draw upon their rich cultural traditions and heritages as assets for the future. UCA seeks to contribute leadership, ideas, and innovations to the transitioning economies and communities of the region through modern educational and vigorous research programmes that produce knowledgeable, skilled and creative graduates.