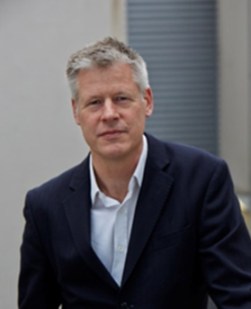 Following a search by Society, the charity Relate has appointed Charles Scott as its Treasurer.

As a member of Relate’s Board of Trustees, the Treasurer takes responsibility for advising the Board on the strategic financial development and health of the charity. Charles will oversee arrangements for risk management and monitoring financial performance and will ensure that these are adequate to meet organizational needs, governance requirements and legal obligations. Although he will remain in his day job at Age UK, Charles will now also work closely with Relate’s Chair, Chief Executive Officer and the Finance Director.

Charles has been Group Finance Director of Age UK since March 2009. He was previously Director of Finance for Help the Aged for three years, during which time he was heavily involved in the merger with Age Concern. Charles spent his early career in brewing before joining Conway & Co to train as a Chartered Accountant. He worked for a succession of private sector companies including a property developer, a computer manufacturer, the French multinational Alstrom, and the US manufacturer Genrad. In 2002 he moved to the charity sector as Director of Finance and Resources at St Dunstan’s.