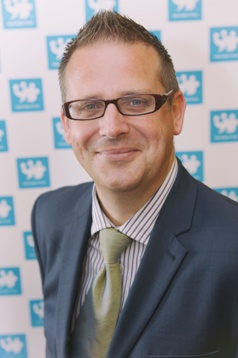 Phil Chamberlain from Youth Sport Trust will be joining City Lit in the New Year as their Executive Director for External Engagement. This is an exciting new post that breaks fresh ground in the Further Education sector.

City Lit is Britain’s leading adult education college. It provides over 5,000 courses to 35,000 students aged 18-90+ and operates seven days a week, 46 weeks of the year. Impressively, 54% of its revenue is derived from fee paying students, making it the first publicly-funded FE College to generate the majority of its income from non-Government sources. City Lit has over 1,000 specialist tutors and support staff (equivalent to 300 FTE), although 85% of its teaching is delivered by non-salaried, part-time tutors. Its educational provision is rated as ‘Outstanding’ by Ofsted.

The newly created role of Executive Director of External Engagement will report to City Lit's Principal and Chief Executive, Mark Malcomson, and be a central part of its senior team. Phil will lead on all areas of external relations and hold overall responsibility for delivering City Lit's strategic objective to strengthen stakeholder engagement and to increase revenue generation through both fundraising and the cultivation of closer business links.

Society’s work on this appointment involved a really thorough search spanning the Not-for-Profit, Further Education, Higher Education, International Development, and Arts and Cultural sectors. The final shortlist contained three sitting/recent Chief Executives, including two people from outside the UK, however Phil’s cultural fit, his sheer breadth of experience, and his intimate working knowledge of Whitehall, convinced City Lit that he was the right person for the job.

Phil has extensive knowledge of the policy and communications world. He began his career in the Civil Service, working initially for the Northern Ireland Office and ultimately as Private Secretary for three different Sports Ministers. In 2001 he joined the New Opportunities Fund (NOF). When NOF merged with the Community Fund and the Millennium Commission in 2004 to create the Big Lottery Fund, Phil was made Head of Programme Policy and Development. Between 2008 and 2010 he worked for Legacy Trust UK, where he was responsible for strategy and external relations. He joined Youth Sport Trust as Policy and Communications Director in 2010, becoming External Relations Director in 2014.

Speaking about his appointment, Phil said:

“I am incredibly excited about joining City Lit at this important time. It is an education establishment steeped in history and excellence, and, as they approach their centenary year, I am looking forward to exploring how best to cultivate new opportunities and relationships to help realise their ambitions for adult education in the capital. Leaving the Youth Sport Trust was a hard decision to make, as I am incredibly proud of the vital work that they undertake and deliver on a day to day basis, ensuring that young people have the best possible sporting start in life. But, now is the right time for me to move on and take up a fresh challenge.”

"We are delighted that Phil has agreed to join us as we begin to prepare to celebrate City Lit's centenary in 2019. He will help us enormously as we step-up our engagement with external stakeholders. We were deeply impressed with Phil's experience, particularly the great work that he has been doing for Youth Sports Trust and we know that he's going to be a great asset to our leadership team."