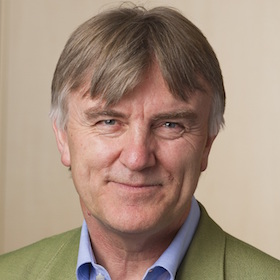 We are excited to announce that, after a global search by Society, Dr Graham Ranger from the Council of International Schools (CIS) has been appointed Academic Director for the Aga Khan Academies.  He will start with them in January 2017.

With over 35 years’ experience in the sector, Graham will be well known to many international educators. For the past four years he has been Director of School Support and Evaluation at the CIS, where he has led on evaluation and accreditation for the network of more than 700 member schools across 114 different countries. Graham is an internationally recognised leader in the field of education, with significant knowledge of the International Baccalaureate.

In addition to his role with CIS, Graham’s leadership experience includes heading up the British School, New Delhi, for five years and working across the English Schools Foundation group of schools in Hong Kong as Director of Education. He remains actively involved in school governance, sitting on the board of Sushant School of Design in New Delhi and Renaissance International School in Ho Chi Minh City.

A graduate of King’s College London, with a Doctorate in Education from the University of Durham, Graham initially trained as a Geography Teacher.  He later worked as an advisor to a large local authority before moving up the ranks to become senior inspector for Her Majesty’s Inspector of Schools in England.

In his new role, Graham will be the academic and educational leader of the growing network of Aga Khan Academies. Working with colleagues at the existing Academies in Kenya, Mozambique and India, as well as with the central team in France, Graham will direct the development and on-going enhancement of the overall educational programme.

When complete, the Aga Khan Academies will form an integrated network of 18 schools in 14 countries across Africa, South and Central Asia, and the Middle East. His Highness’ vision is for the Academies to develop future leaders with the skills and knowledge to support positive development in their societies. For further information please visit www.agakhanacademies.org.