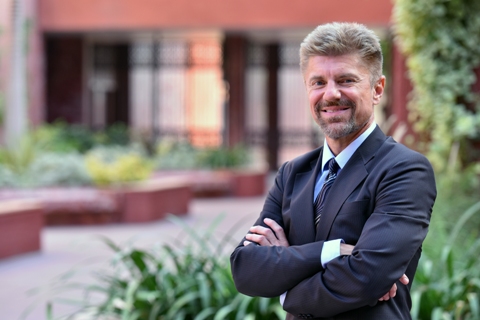 The Aga Khan University have appointed Brian Peterson as their Chief Communications Officer. Brian’s role involves leading and managing external and internal communications across the University’s campuses in Asia, East Africa and Europe. He is also responsible for the development and oversight of public affairs and communications strategies to advance AKU’s position and to drive broader awareness and support for its mission and programmes.

Prior to joining AKU, Brian served as Director of Communications Strategy and Alignment for World Vision International, one of the largest non-profit relief and development organizations in the world, with 46,000 staff in 85 countries. In this role, Brian led the development of World Vision’s first global operating plan for communication and completed the development of best-practice standards to deliver maximum influence, impact and income in a digital/social/mobile world.

Brian is actively involved in several professional associations, including the International Association of Business Communicators and the Global Alliance, where he was part of a team that developed industry-wide communications standards known as the Melbourne Mandate.