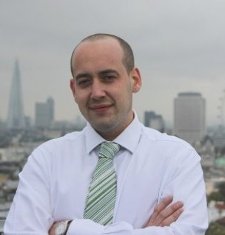 The Oxford and Cambridge Club has been welcoming members drawn exclusively from the alumni and senior staff of both universities for almost 200 years. This reputable Private Members' Club has seen some of the country's most notable figures walk through its doors, from T. S. Eliot to Stephen Fry.

Society are delighted to have been involved in the recent appointment of Stephen Parsons as Chief Engineer. Stephen is currently Maintenance Manager at The Cavendish London Hotel, where has been an integral part of the project team working on a £23 million refurbishment. We wish him well in his new role at the Oxford and Cambridge Club.

When asked about his experience as a candidate, Stephen said:

"The moment I walked through the doors of the Oxford & Cambridge Club, I could picture myself working here. Thank you to Tom Devlin at Society for putting me forward, I would never have known about the opportunity otherwise, and I really appreciate all your help"

Between them, our team of experienced consultants and researchers work with a fascinating and diverse mix of organisations…