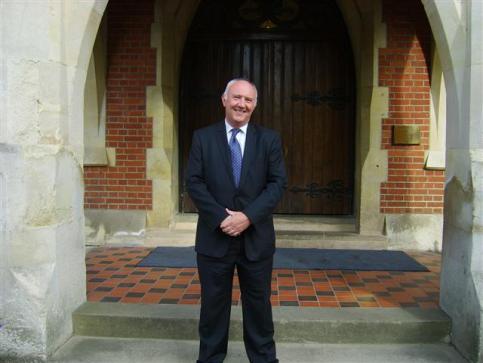 Brooke House College is a coeducational independent boarding College, based in the town of Market Harborough in Leicestershire. It is privately owned and focuses on preparing international students for higher education, primarily in British universities. It is best known for its broad curriculum and, in more recent years, for being a centre of sporting excellence through its high performing Football Academy and Motor Sports Academy.

Mike joins Brooke House College from his most recent role as Acting Principal and Head the of Senior School at Epsom College in Malaysia. With more than 30 years experience in education, Mike began his career as a Mathematics teacher and has held a range of roles since then, including Housemaster, Sports Coach and Assistant Headmaster at Epsom College, before being asked to help set up their new operation in Malaysia in 2011. In Malaysia, Mike was responsible for the oversight of the building of the school, curriculum design, operational management and student and staff recruitment. His leadership skills are evident in the success of this school, which is already delivering excellent IGCE and A- Level results after just five years.

Mike also brings a wealth of experience of the Independent Schools Inspection Service, where he was a team member of the first ever Integrated Inspection in the UK. Over the past 12 years he has seen and been involved in the evolution of all aspects of the regime. With this background, Mike presents an excellent fit for Brooke House College and is well placed to take the lead on furthering their outstanding reputation.

"From the initial advertisement, easily accessible online application form and ongoing distribution of literature relating to the position applied for, I found Society to be most accommodating, efficient and professional. The second phase of the application process involving initial interviews went very smoothly and the contacting of the referees prior to the final interview stage was excellent; outlining as it did the nature of the role being sought, enabling the referees to better judge the suitability of the candidate to the role. Preparation for the final interview was excellent, as were the concluding conversations regarding the contract negotiations. From start to finish everything was extremely well organised; I could not have wished for a more helpful organization, which seamlessly eased me through the process. I would be delighted to wholeheartedly recommend Society based on my experience using them."