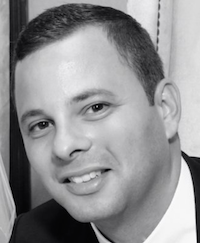 For over 25 years, The Peninsula New York has been a landmark on New York’s Fifth Avenue, operating as Peninsula’s flagship property in the US.  Peninsula is a living legend; the name synonymous with luxurious comfort and impeccable service.  Established in 1928, and operated by the Hongkong and Shanghai Hotels, The Peninsula Hotels now own and operate prestigious, luxury properties in ten major cities with further properties under development.  Society have had the pleasure of working with The Peninsula Hotels on a number of senior appointments over the past two years.

For this role, Society conducted a search across the United States of America, within the luxury hospitality and leisure sector, heavily focucsing on candidates with strong union and employee relations experience.

When asked about his experience, Michael said:

“The Hospitality industry has been in my blood since I was a child.  I have been in and out of hotels since the young age of three years old; hotels being the career of choice for my family. When James Lea approached me with the possibility of being considered for a role with Peninsula, I knew it was something worth pursuing, even if I was content with my current placement.  I have worked with many Executive Search firms during my 14 years in this industry and have never come across a more professional group with so much in-depth knowledge and scope of the position at hand.  James was not only a “recruiter”, he was a coach during the whole process; going above and beyond his duties and always available for any questions or concerns.  It was an absolute pleasure working with James, and I would highly recommend Society for any Candidate or Employer needs.”

Michael starts at The Peninsula New York on Monday 16th November, and we wish him all the best in his new role.