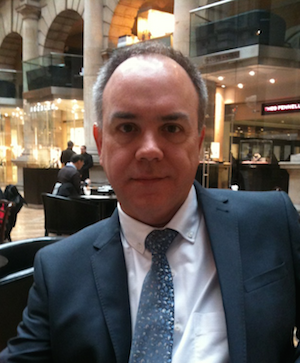 The Oxford and Cambridge Club has been welcoming members drawn exclusively from the alumni and senior staff of both universities for almost 200 years. This reputable Private Members’ Club has seen some of the country's most notable figures walk through its doors, from T. S. Eliot to Stephen Fry.

Society are delighted to have been involved in the recent appointment of Steven Drozdiak as the new Financial Controller. Steven joins the club having worked previously with the Dorchester Collection, Marriott Grosvenor House, and GLH Hotels, to name a few. When we asked Steven about his experience as a candidate in this process, he said:

“I was actually approached by Society through a friend, who recommended me for an opening at one of the UK’s most prestigious clubs. My current contract with the Dorchester Collection was winding down, and so it was good timing. Alina took the time to discuss the background and context of the role, and was insightful in terms of ascertaining whether it would be a good fit for the culture of the business. Throughout the recruitment process, Society maintained just the right degree of contact and, in the end, we successfully negotiated the placement. My thanks to Society for making this happen. They will be my first call for any recruiting needs as an employer in the future."

Society wishes Steven well in his new role at the Oxford and Cambridge Club.