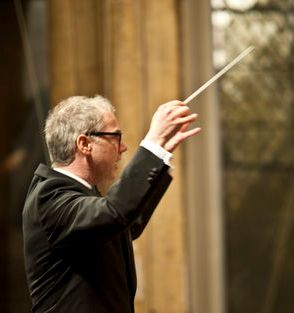 We are delighted to announce the appointment of Richard Allian as the new Director of Music at Norwich School.

Richard joins Norwich School from Mill Hill, a coeducational HMC school in central London. He studied at Goldsmiths and Trinity College of Music, before beginning his career as a ‘Greencoat' at the Royal Opera House. In 1990 he became a Music Master at Whitgift School in Croydon. He joined Mill Hill in 1995 as their Director of Music and was appointed to the Advisory Board of the National Youth Choirs of Great Britain in 2005.

Norwich School is a co-educational, independent day school for pupils aged seven to 18. Set in the city's historic Cathedral Close, the School is a traditional, yet lively place where boys and girls enjoy a rounded and stimulating education. Music is a particularly important part of school life. Some 28 groups rehearse weekly, and c.65% of the School's 1,000+ pupils are involved in some way. The Music Department has five members and there are over 30 visiting staff. There are also regular concerts within the School, the Cathedral and the city.