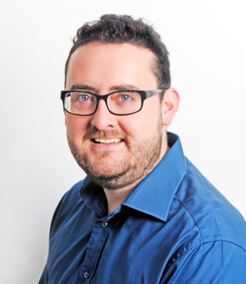 Society has just concluded the appointment of Karl Rivers as Director of IT at the Royal Grammar School (RGS), Guildford, one of the UK’s leading independent schools.

Karl joins the RGS from Biddenham International School & Sixth Form College, where he doubled up as IT Network Manager and ICT Across the Curriculum Coordinator. Karl has taken an active role in promoting the use of new technologies in the school environment in the Borough of Bedford and beyond. Alongside his day job, Karl acts as IT Lead for the Borough Council, offering consultancy services to 84 schools and academies. In 2013, he launched ClassThink.com, a website designed to offer a forum for practitioners to seek advice and share best practice. In recognition of this activity, Karl was recently awarded the National Association of Advisors for Computers in Education (NAACE) award for Technical Services in Schools.

Karl is now relishing the opportunity to build on RGS’ stellar reputation by propelling the school to the forefront of educational technology in the UK.  He commented:

"Society has been friendly and professional at every stage of what could otherwise be an extremely stressful process. I have been kept up to date throughout and would like to thank the staff, in particular Conor Wilson, for their continued support."