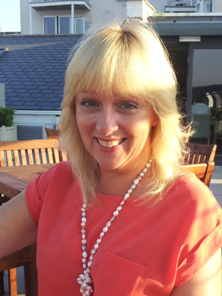 The University of Birmingham has appointed Carol Gillanders as its new Deputy Head of Development with responsibility for Major Gifts.

Carol began her fundraising career at the NSPCC during the FULL STOP Campaign, where she successfully raised over £7 million in Wales over the life of two local appeals. She then embarked on a career as a consultant, working with the likes of Barnardo’s, the Women’s Safety Unit and the University of Leicester. She is described by her clients as a highly capable and experienced major giving specialist, who is able to link theory and practice to maximum effect.

“The role at the University of Birmingham excited me because of the excellent reputation of their development team. It was just the sort of challenge I was looking for. Working with Society ensured that I felt fully briefed and equipped by the time I met the team for interview. I felt they took time to get to know me, in order to advocate on my behalf. The recruitment process was handled professionally and smoothly from start to finish.”