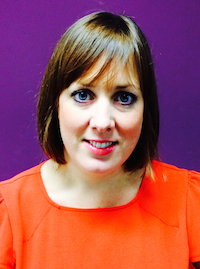 Having worked closely with the British Science Association to recruit its new Director of Development and Communications, we are thrilled to announce Amy MacLaren’s appointment. Amy joins the Association from Four Colman Getty, where she led the agency’s campaigning division. Over the past seven years, she has worked with clients such as the Cheltenham Science Festival, the Royal Society, Parliament Week, Oxfam GB, and JK Rowling’s children's charity, Lumos.

Amy is passionate about science communication, and has previously worked in education and charitable organizations, including Edexcel (Pearson), the Parkinson’s Disease Society, and the National Council for Voluntary Organisations (NCVO).

Amy says "I am thrilled to be joining the British Science Association at such an exciting phase of its development. Raising the profile of science as an important, engaging and entertaining part of the cultural fabric of the UK, and encouraging more young people into science, is something that I'm really enthusiastic about. The role brings together different areas of my career and interests, and is going to be a terrific new challenge."