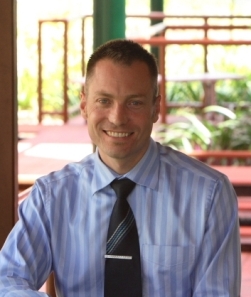 Rob Brelsford-Smith is set to join Swansea University as their new Finance Director from from Charles Darwin University (CDU) in Australia's Northern Territories.

Rob is currently in his fifth year as Executive Director for Finance and Asset Services at CDU in Australia. Although British-born, he has been working in the Southern Hemisphere since 1999, and was previously Director of Financial Services at AUT University in Auckland, New Zealand

Swansea University is a successful and ambitious research-led institution, with an annual turnover of £178m. Set in attractive parkland adjacent to Swansea Bay, the University has won repeated awards for the quality of the experience it offers to students. Having recently secured an additional £120m in funding, it is currently commencing the creation of a pioneering Science and Innovation campus.

As Finance Director, Rob will join the University at an exciting time in its transformation. As the strategic lead for the institution's financial operations, he will be a pivotal part of Swansea's Senior Management Team.