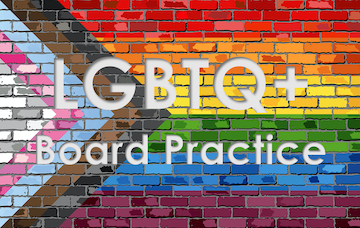 Society, a global executive search firm with offices in Europe, North America and Asia-Pacific - has launched the first Board Practice focused of placing LGBTQ+ directors on the Boards of private and publicly traded companies. This effort is directed to meet the immediate needs to diversify corporate boards and give an inclusive voice to the underrepresented LGBTQ+ community.

Society’s LGBTQ+ Board Practice is driven by the advent of some key changes in legislation and rules such as California Assembly Bill (“AB”) 979 which requires publicly held corporations headquartered in California to diversify their Boards of directors with directors from “underrepresented communities” by December 31st, 2021. In addition, NASDAQ’s new listing rules that require all their listed companies to publicly disclose consistent, transparent diversity statistics regarding their Board of Directors. Society believes similar requirements will eventually be rolled out in Europe and elsewhere to respond to the lack of LGBTQ+ representation.

Society maintains a robust and diverse roster of self-identified LGBTQ+ existing and aspiring Board members. It includes some of the most accomplished Board-ready LGBTQ+ professionals in a wide range of industries which have agreed to be tagged as LGBTQ+. These candidates represent the diversity, skills and credentials needed in modern-day boardrooms.

“By building a database of self-identified LGBTQ+ leaders who are interested in board service, we have created a highly useful tool for our clients to build more inclusive boards. While we certainly recognize that there is still a long way to go, we believe we can make a difference in providing a higher percentage of LGBTQ+ and overall intersectional representation for all who are seeking more diversity for board directors.”, states Jordan Haberfield, Society’s North American Regional Director.

Having worked extensively supporting LGBTQ+ organizations and causes, as well as placing members of the LGBTQ+ community into executive and Board roles, Society is well positioned to leverage its relationships to expand Board diversity and help private and publicly held corporations create more inclusive environments.

Society’s work has also allowed them to experience the interplay between management and governance in the context of many different sectors, and they therefore have a strong understanding of the factors that help this crucial dynamic to function effectively. Society appreciates the relentless pressure that many organizational leaders exist under today, in terms of both the public and regulatory spotlight, and the increasingly relentless pace of change. They also understand that 21st Century governance is not just about scrutinizing, but also about empowering, horizon-scanning and being a more meaningful critical friend.

For additional information regarding Society’s LGBTQ+ Board Practice, contact Jordan Haberfield at jordan.haberfield@society-search.com or on +1 646-974-9099.