MD's Blog: It’s time to save our Superhero Leaders from themselves! 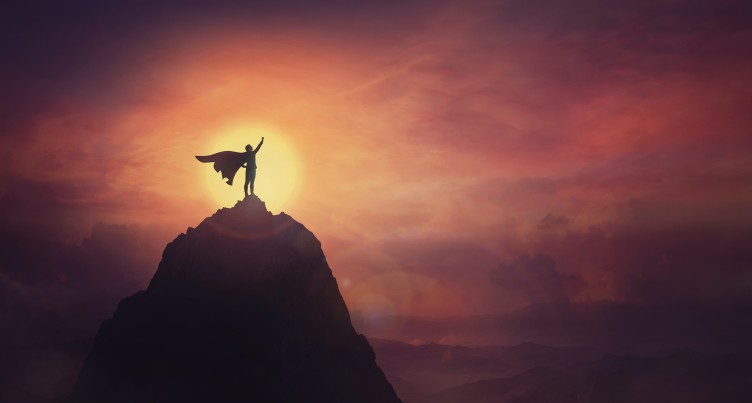 It’s tough for everyone right now. The dark, cold days of this third English lockdown are exacting a deep psychological and economic toll. Across the country, frontline workers thankfully and incredibly continue to make their remarkable contribution. To be clear, nothing that follows here should detract from their status as the undisputed heroes of this crisis (heroes we need to care for and reward when it is all over). But there’s another group I’ve grown increasingly worried about recently… leaders.

The nature of my job means that I spend a lot of time in contact with leaders of one sort or another - Chief Executives, Headteachers, and even small business owners. As we approach the pandemic’s one-year anniversary (it was officially designated by the WHO on 11/03/20) I’m seeing a community under huge strain. I know at least ten CEOs in active therapy and/or on long-term sick leave and many others who are feeling crushed under the relentless pressure and stress. I know leaders who are increasingly contemplating resignation as a form of self-preservation.

It feels like this is becoming a genuine system-level risk.

It began last March, as leaders in every sector stepped forward to meet the immediate challenge of keeping their people physically safe from the virus. If we’re honest, this was the sort of short-term crisis on which many leaders secretly thrive – a difficult situation, for which they themselves are blameless, and where there is a clear objective. It was stressful, but few leaders hesitated before going into full Superhero Mode: pulling on their metaphorical shiny red underpants and stepping into the eye of the storm. A concern for physical safety quickly morphed into a concern for protecting jobs and incomes as lockdowns were imposed. But here we have to concede that the State provided at least some of the answers. I know several Chief Executives who will confess to weeping tears of relief when the Chancellor announced the creation of CJRS, the Bounce Back loan scheme, and other rescue measures.

But then the plot thickened. It became clear that nobody could provide definitive answers on how and when this crisis might end. We found ourselves in a perfect storm of what the military call ‘VUCA’: volatility, uncertainty, complexity and ambiguity. Any one of these is challenging enough for a leader to navigate. But, in combination, they can be completely paralysing. An important job of leaders suddenly became about providing a core of stability and reassurances to their people; about trying to provide answers to essentially unanswerable questions. This was made significantly tougher in countries like the UK and the US, where organizational leaders were forced to compensate for a vacuum of authority and competence in central Government (Barnard Castle? Injections of bleach?). This is one of the reasons school Headteachers have had it particularly hard – buffeted from “all schools must open as normal” on a Sunday morning to “actually we’re having a new national lockdown” on the Monday evening. Someone I spoke to likened this protracted period of the pandemic to blindfolded three-dimensional chess. And, to compound matters, many Chief Executives found that large sections of their boards went AWOL at exactly the same time, since they had fires of their own to deal with in their day jobs.

Now a fresh predicament confronts those in leadership roles. It’s something the author Jim Collins described as ‘The Stockdale Paradox’ after the American POW Admiral Jim Stockdale, who miraculously survived seven years of torture and imprisonment in the Hanoi Hilton. Stockdale somehow managed to maintain faith that he would prevail in the end, but also exhibited the discipline necessary to confront the most brutal facts of his current reality. This paradox is the supposed secret to his endurance. Practicing Stockdale’s mindset is a uniquely exhausting mental challenge – a form of deliberate cognitive dissonance – that many leaders are currently having to live and model day-in, day-out. On the one hand, they must play the part of the optimistic cheerleader; holding up the morale of their troops. On the other hand, they must unsentimentally consider the changes, cuts, redundancies, and other painful measures necessary for their organization’s continued long-term existence.

The alarming thing is that the leaders who are being worst hit by all of this are often precisely the ones we most desperately need to hold on to. Our most compassionate, empathetic and ethical leaders are inevitably the ones who have found this whole experience most punishing. And our most diverse leaders have also been disproportionately affected. This virus and its ramifications have had an outsized impact on ethnic minority communities, women, the elderly, and those with school-age children. If we allow leaders in these categories to be collateral damage, then we will once again be left with a narrowing pool of leadership talent, just as we should be broadening it still further.

So what can be done? Firstly we have to recognise the exhaustion that’s out there. We have to remember that leaders are human beings, and adjust some of our expectations accordingly.

Leaders themselves can obviously help by re-learning how to say “No”, by delegating and trusting more, and by giving themselves a dose of the compassion and empathy that they’ve been doling out so liberally to others.

But practically speaking, we can all take the following steps:

You can only maintain a heroic pose for a limited period, and this crisis has already gone on a long time. So let’s quietly urge the Superhero Leaders to hang up their capes and their lycra before burnout becomes irreversible, safe in the knowledge that we can navigate the remainder of this crisis together, one day at a time.