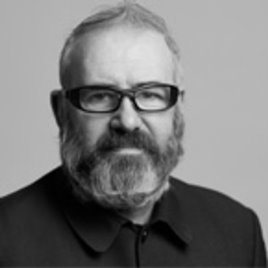 Anthony Bednall from Manchester Metropolitan University will be joining Kingston School of Art in March this year as an Associate Professor and the new Head of their Department of Fashion.

Kingston University is the largest higher education provider in South West London, with students from over 140 countries. Its School of Art (KSA) has a strong independent heritage, going back to the late 19th Century. KSA’s reputation is reflected by the influence of its globally distributed and celebrated alumni, its subject rankings, its research performance, and the plethora of industry and student awards it has won over the years.

KSA’s undergraduate Fashion programme is in the top five in the world, with its alumni found at all levels of the fashion industry It is renowned for producing graduates who are well-versed in all aspects of the design process – from research and design development, to creating garments using cut and construction. There is also a continuous engagement with professional practice, through internship opportunities in cities such as Amsterdam, La Coruna, New York, Philadelphia, San Francisco or Stockholm, and ‘live’ projects, working directly with major brands.

Anthony himself is a Kingston alumnus, having studied Fashion Design there between 1979 and 1982. His education career began in the FE sector, but he later became a Senior Lecturer at the University of Derby and then at the University of East London. Between 2002 and 2010 he worked at the Raffles Design Institute in Beijing as Head of Fashion and Academic Director, returning to the UK to take up the position as Head of Design at the Arts University Bournemouth. Since 2014 he has been at Manchester Metropolitan University. He joined them as Associate Head of the Manchester Fashion Institute (MFI), but for a large part of 2019 he was their Acting Head as MFI underwent a merger with parts of the School of Humanities and the Arts to create the new ‘Manchester School of Fashion’. Throughout his academic career he has continued to design, illustrate and create fashion-related artefacts for international exhibitions, as well as writing and exhibiting on Chinese Fashion as cultural capital.

As Head of Department of Fashion within KSA, Anthony will lead the provision of high-quality teaching, research, enterprise and professional practice to the benefit of a diverse range of students and to contribute to the University’s objective of securing an outstanding reputation for research-informed learning, innovation and integrated academic practice.

"Kingston School of Art is delighted to welcome Anthony to our community. We'd like to thank Society for their role in helping us to achieve a successful result for our renowned Fashion Department."