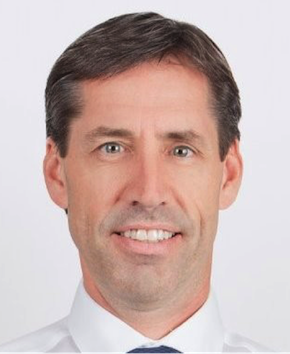 Established in 1961, FIS is one of the oldest and most widely recognized international schools in Europe. It also maintains Europe’s largest international school campus, with over 1,600 students enrolled at its Oberursel campus. An additional 200 students are enrolled at its FIS Wiesbaden campus. The School is a founding member of the International Baccalaureate Diploma Program (IBDP) and its three-year average IBDP score of 36 is also the highest among any of its regional peers. The Upper School Principal plays a vital role in leading the vibrant community of staff and students (from grades 6 -12) across academic and extra-curricular activities.

Society conducted a global search for experienced Upper/High School Principals on behalf of FIS, connecting with some of the most impressive educators and administrators currently working in the International Baccalaureate system. We directly approached best-fit candidates and advocated the position to them over the telephone, via Skype and, where possible, in person. We were particularly keen to identify candidates with a special interest in grades 9-12, but with the experience necessary to lead a 6-12 division. After the conclusion of the initial search phase, Society interviewed a truly international longlist of candidates working at schools in the Middle East, South America, North America, South Asia, North Africa, South East Asia, the UK, and mainland Europe.

John Switzer joins FIS from Zurich International School (ZIS) where, for the past seven years, he has led the Upper School. John hails from Canada and he started his international teaching career at the American International School of Kuwait. He quickly grew into administration and became Assistant to the Head of School at Seoul Foreign School. He later worked for the International Baccalaureate Organisation in Singapore for three and a half years as Head of Regional Development and Recognition. John has been an exceptional Principal at ZIS and will bring a wealth of experience to the role at FIS.

Of his appointment to Frankfurt International School, John commented:

"My family and I are very excited to be joining the Frankfurt International School in July 2019. As one of the leading international schools in Europe over the past 50 years (and one of the founding IB schools) FIS is a special place, indeed. It truly offers 'a world of opportunities' and we look forward to being part of this community in this exciting time in its history."

On his experience of the recruitment process, he added:

"I would like to thank Conor and Kerry at Society for their encouragement and support during the process. They both gave me the assistance I needed at all stages along this journey. Thank you also to Paul Fochtman and the leadership team at FIS for organizing the interview process and for making Trish and I feel very welcome during our visit."