Isla Gordon Joins AKA, Mombasa as the New Principal of the Junior School 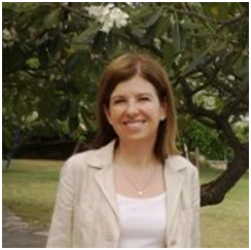 The Aga Khan Academy, Mombasa, is an independent boarding and day school of 700 boys and girls between the ages of six and 18. It began operating as a day school in August 2003, and started a full residential programme in April 2009. It is the flagship school within the wider Aga Khan Academies group which will eventually comprise 18 schools in 14 countries.

We conducted a global search for candidates with leadership experience, ideally in Principal or Deputy capacity, and a deep knowledge of the Primary Years Programme (PYP). We also took care to identify candidates who could demonstrate an alignment with and passion for the mission behind the Academies project. Our longlist included candidates from schools all over the world, from Switzerland, Italy, Norway and England, to China, Dubai, India and Canada.

Isla joins the Academy from the International School of Geneva, where she’s worked for 16 years in various capacities. She started out as a classroom teacher, and later also took on Vice-Principal responsibilities after a few years in addition to her teaching role. She then became a full-time PYP Coordinator to help develop the Primary Years Programme, including the introduction of a bilingual curriculum in French and English. For the past six years, Isla has had a range of school leadership experience in bringing the PYP to schools all over the world, working with teachers from diverse backgrounds and students throughout the primary years.