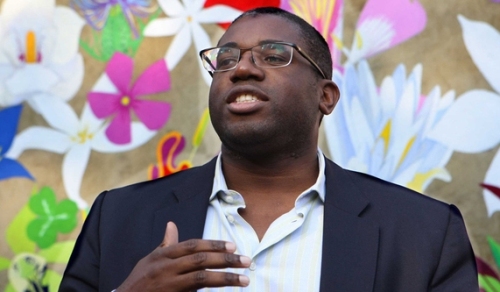 Earlier this year, David Lammy came to talk to the staff of the London College of Fashion (LCF) about opportunities to bring about better integration and innovation in the education and fashion sectors. This event followed work undertaken by Society on LCF’s behalf. The purpose of our project was to identify people from Black or Minority Ethnic (BME) backgrounds who are currently working within the UK fashion industry, or other related sectors/disciplines. Many of the guests at the event were proactively approached by Society as part of this process.

Recent figures from the Higher Education Statistics Agency indicate that only 7.7% of UK Professors and 13.2% of other academic staff come from BME backgrounds. This is despite people from BME backgrounds now making up over 30% of the UK population at large. The UK higher education sector’s problem with BME representation is further exemplified by the fact that there has only been one UK Vice-Chancellor of BME origin (Professor Gerald Pillay at Liverpool Hope University), despite there being more than 164 such posts at any one time.

A potentially related issue concerns the ‘attainment gap’ amongst BME students. This has been highlighted by research from the Higher Education Academy and the Equality Challenge Unit, as well as in the 2007 Government Report ‘Ethnicity and Degree Attainment’. The University of the Arts London (UAL) has been admirably candid in its own acknowledgement of this issue. In 2011, 77% of white UK undergraduate students at UAL achieved a first or a 2.1, compared to 53% of BME UK undergraduates. The University’s Dean of Students, Mark Crawley, has publically labelled the relative underperformance of BME students as “higher education’s dirty secret”.

The London College of Fashion has recognised that people from BME backgrounds are currently under-represented amongst its academic staff, and that there is an attainment gap affecting some of its BME students. As part of a response to these problems, the College is keen to expand its networks within this key demographic. It is hoped that the process of building relationships with a larger number of professionals from BME backgrounds will eventually provide the College with an expanded pool from which it can approach people about guest lecturing opportunities, honorary degrees, external examining roles, and so forth. Some of these individuals might also be persuaded to apply for publically advertised roles with the College, as part of standard open and competitive appointment processes.